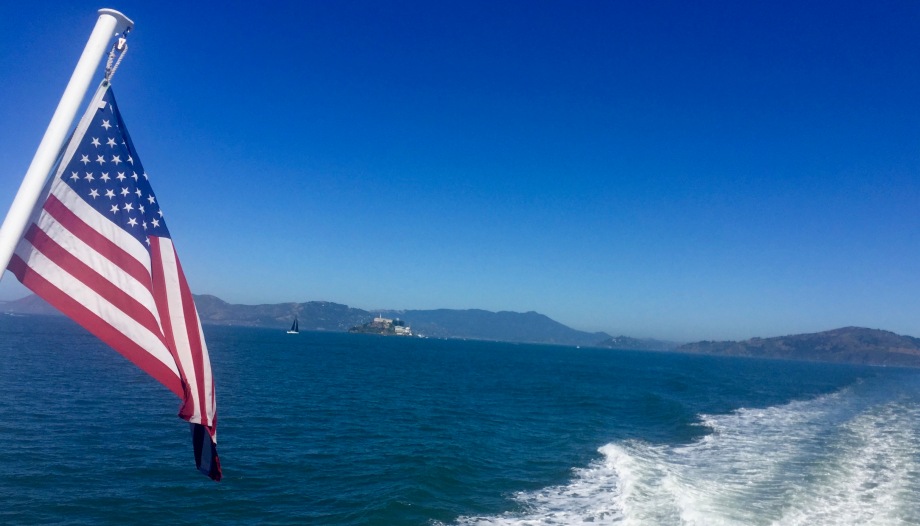 When I tweeted that I gave my age away a bit as not many got the reference so I hesitated to use it again – but oh well. We stayed at an rv park that had once had a shuttle into the city but when we got there that was no longer running so we took a drive to the Larkspur ferry port instead. This was fun as we whizzed across the bay, past Alcatraz to the terminal buildings.

My daughter had been into the port before so was able to lead me to the famous Pier 39 where we visited the Biscotti shop amongst others and looked at the seals.

From there we took a trolley ride having sorted ourselves a Clipper card which got us discounted travel (which included the ferry which I wished we had found out sooner). Still we got off and had a walk around the park having decided that we would return the following day to explore further.

One wheel on my wagon???

Next challengeNovember 15th, 2019
Due to having to have a small procedure on my leg I am having to postpone this one until doctor gives all clear.

Keep your👀peeled 4 my You Tube Channel

zipwireApril 15th, 2019
Why not check out the wild whizz over a quarry in Wales or the other videos