To London from Cheltenham, daughter & I bypassed our traditional post coach journey cafe in favour of the Chelsea branch where staff served us alfresco with superb tea & cakes to enjoy in the autumn sun.

Wandering around taking in the extraordinary doorways & shop fronts decorated as part of the Chelsea Flower show week we then made our way to Angel Islington once more locating the O2 venue with ease .

Drinks in hand there was to time catch up with musician Danny Wright a truly lovely person just before his headline performance & the reason for our visit.

It brought home once more the tough time those involved in the hospitality & music industry have been having. It felt really good to be able to show some support both to the venue & the fantastic artists who gave awesome performances for us.

Listening to Danny’s set I can honestly say it was one of the best gigs of the year as it was clear how much personal effort he had invested in the organising of the event not only for his fans but the support artists too.

It felt like no sooner that we returned from our day trip to the ‘Big Smoke’ we were retesting & repacking before heading north to Manchester. We had not seen All Time Low since Cardiff 2018 so combining a gig with a city break seemed a ‘no brainer’ as this would provide an opportunity to actually explore what is actually quite a vibrant place.

Unseasonably warm weather meant as we wandered along the city centre in search of coffee & cake we passed numerous football fans clad in team regalia sipping pints on the pavement. Wishing to avoid the melee we headed to Spinningfields area consisting of reclaimed old buildings alongside sleek new ones. So it was we found ourselves in 202 Kitchen a very pink restaurant where we ate some great food washed down with chilled rose wine before visiting the Peoples Museum.

It was no accident that the gig venue was within walking distance of the hotel but we clearly missed a trick not slipping a couple of cans in our handbag to sip while we queued outside. Admission was slowed due to the covid checks & some of the creative crowd dispatched surplus mates to collect pints from the local pub.

All Time Low clearly had read their fans correctly as the set list was a great combination of old familiar & new songs. They weren’t the first band to comment how strange it felt to be playing effectively new material to a live audience for the first time who already knew the words. The sloping floor of this O2 provided perfect for viewing even if towards the rear of the crowd & the opportunity to sing out loud was awesome.

Amidst the panic of the ‘UK fuel crisis’ the journey home felt potentially stressful. Whilst not normally willing to pay expensive motorway services prices the opportunity of an empty forecourt with petrol was too good to miss & we could then travel back worry free.

Now both well practised in the art of a quick turnaround we grabbed our bags & headed to Cardiff & the Great Hall to see probably my most favourite band The Hunna. Not disappointed at either the very cheap bar prices (don’t mind if we do have some doubles please) or the music. Again they played an interesting mix of old & new where the crowd sang with gusto that helped relieve the collective tension that I believe everyone has been amassing during the months of uncertainty & ever changing restrictions. Predominantly a young crowd ( even my daughter felt ‘old’) I couldn’t help feeling sorry for these young folk who have had some of their youth ‘stolen’ from them. I hope they all live long enough to claw some fun back in later years like I am in my retirement.

So the last gig I attended was back in Bristol with a visit yet another O2 venue to see Frank Carter & the Rattlesnakes. This time alone my hubby kindly dropped me off & I ventured in to the venue still amazed that I had continued to test negative to covid & had managed to get to all the rescheduled 2020 events even squeezing in a few extras like this one.

What a blast I was ‘adopted’ by two lovely young people & with their support I was able to join in the mosh pit. This is something I had never previously had an opportunity to do & although I didn’t stay in long it was definitely a ‘tick off the list of things to do in life’ for me. They expertly saw to it that I came out unscathed & we may even team up again at another Rattlesnakes gig in the future.

So as the year headed to a close I at least could look back and treasure the amazing new memories generated at the various events in the company of many good people. It is possible even in the midst of a terrible situation to still find joy and fun it seems if you surround adopt a positive can do attitude it seems.

However you spent your New Years Eve I hope you had a safe & lovely time and here’s wishing everyone the best 2022 they can experience. 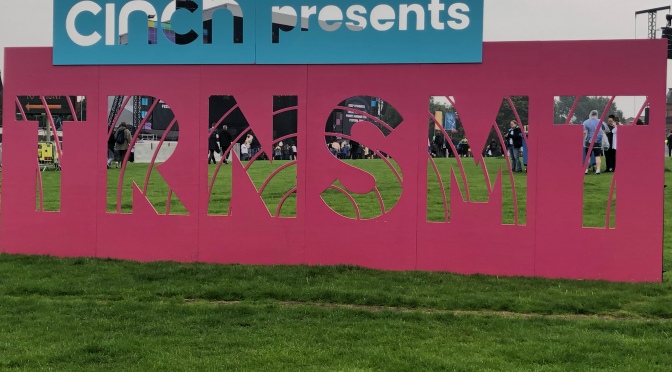 I freely admit my music taste is a little on the eclectic side & for which I make no apologies for. Frank Carter & the Rattlesnakes were the last band I saw live before the lockdowns of 2020 began & at that point I had never seen a live performance of either Biffy Clyro or Youngblud.

So when the opportunity arose for tickets to a gig where the line up included all three it was a total ‘no brainer’ as far as I was concerned even if it meant travelling to Glasgow.

Unknowingly with my purchase I had unwittingly gotten myself a free pass on the 2020 rollercoaster of uncertainty. No longer Bellahouston in June 2020 I swallowed the disappointment on the basis it was being rescheduled the only question was to where & when. Turns out it was September 2021 at Glasgow Green on the first day of the TRANSMT festival. Consequently instead of incorporating the gig on a trip to Scotland as part of a short break with my hubby I was looking at a solo drive North.

So it was I found myself ramming a swab up my nostrils at the crack of dawn to see if I had the all clear to depart. Google maps indicated the trip to be at least six hours but that excluded any comfort breaks or what turned out to be interminable road works. The weather was kind though & despite the sat nav going into a complete sulk in the oneway system I finally reached the city centre hotel I had arranged.

As it was late I opted to eat in the hotel & it still surprises me to see the odd looks you get when you eat alone you would have thought that society would have moved on a bit really.

Next day I began with yoga. One of the upsides of the pandemic ( yes there are some if you look) is that there now is an ‘online’ option & so I ‘zoomed in’ from the floor of the hotel room. Then a walk around a damp grey city where I stumbled on ‘The Tea Rooms’ in Bath Street to have lunch & the nicest carrot cake I think I have ever eaten.

I debated over footwear opting finally for wellingtons plus my trusty Musto waterproof coat at the last minute as severe weather warnings threatened at least a soaking or last minute cancellation.

Glasgow Green turned out to be a brisk 20 minute walk from the hotel & a long wait in a queue to get in. To be fair once the gates opened to this temporary venue the delay was due more to the volume of people & the additional checks required.

TRANSMT took place on Glasgow Green in the heart of the city built as a temporary structure like so many other festivals. However this unlike others had a distinct vibe of ‘not quite finished in time’ to it.

Chronic staff shortages within the events industry compounded by issues raised by covid restrictions & severe weather warnings had probably meant that the organisers were living on a knife edge in the run up to this event.

I am grateful that they held their nerve & it went ahead even if it meant safety checks were still in progress as the crowds poured in. The first band sadly weren’t quite my thing so I headed for the ferris wheel to get a ‘birds eye’ view of things.

Finally given the ‘good to go’ & my ride finished with just enough time to grab some fries & head for a spot in the crowd ready for Frank & The Rattlesnakes.

Due to rescheduling I had by this time seen three of the four acts at Reading Festival only a couple of weeks before but as the first few notes of tunes from the Sticky Album started to blast out I knew it was going to be worth the effort of driving all those miles.

It probably goes against many rules of the universe but I now love a bit of Youngblud & wish it was possible to capture & bottle some of this performers energy on stage – I know I would certainly buy some. Below is a snippet of Mars – one of my favourites.

I had waited a long time to see Biffy Clyro live & if I had thought the performance of Reading to be good nothing quite prepared me for them plying on their ‘home turf’ so to speak.

Being stood in the crowd were everyone seemed to be singing at the tops of their voices was immense & very memorable. I was a bit miffed that a fight started to break out during Wolves of Winter but the security appeared out of nowhere quickly & efficiently quelling the potential uprising which was reassuring.

Over too soon it was time to wander back along the river following the hordes of fellow festival attendees & back to my hotel. Next day I packed up & headed for home needless to say singing all the way & recalling the brilliant performances of the previous evening. That is until I reached the out skirts of Birmingham!

Take safe & catch you all later with the next part.